What is The Constitution of The United States of America?

What is the Constitution of The United States of America?

For some people it’s a symbol, representing various different concepts. But outside of the human imagination, and leaving the world of myths, hopes and dreams, what is it in actuality?

We were told by its writers and those who initially endorsed it, that this constitution is a contract forming a federal alliance between a set of former British colonies that were in fact newly independent states. We were told that this contract both established a federal government and placed restrictions on that government.

The practical outcome of this contract based federal alliance, restricted by this constitution, over the last 225 years, has clearly demonstrated that this constitution is nothing more than an empty promise. This federal government, no matter who was at its helm, has consistently broken or openly trampled the clear meaning and intent of this document, rendering it of no practical purpose other than to further the myth that this federal government can be restricted.

In support of this myth of restricted federal government, a cult has arisen in America. This cult uses the standard mind control tools common to cults, to bend reality and cause people to have faith in this failed constitution. No matter the evidence presented, the individual cult members are rarely able to see through the fog of their faith and realize the level of fraud that has been put upon the populous. So long as people are fooled by the hope that a government can be limited by an ancient slip of paper, they will not seek a realistic solution to the tyranny that such a government produces. Having committed themselves to this faith, they will cling to the hope that this constitution will solve the very problem it created, that being a federal government.

Having then only a slip of paper to restrict it and the unblinking faith of the followers to support it, the government of the United States of America has become the largest single threat to the life and liberty of those living within the confines of America and a grave threat to those living outside of the reach of its prisons, SWAT teams, TSA goons, stop and search cops, Nazi check points, and endless taxation.

This Constitution of the United States of America has simply become a device used to control the willing masses who would rather be told how to think, what to consume, what to wear, and how to behave, by their masters than to take the responsibility that comes with liberty and set themselves free of the self-inflicted chains that bind them.

The answer to this problem is the simple rejection of the myth of the Constitution of the United States of America. Reject the Federal Faith and embrace reason and logic. Step toward the light of liberty and reject the darkness of slavery that walks hand in hand with government. Set your mind free and embrace the mission of liberty. 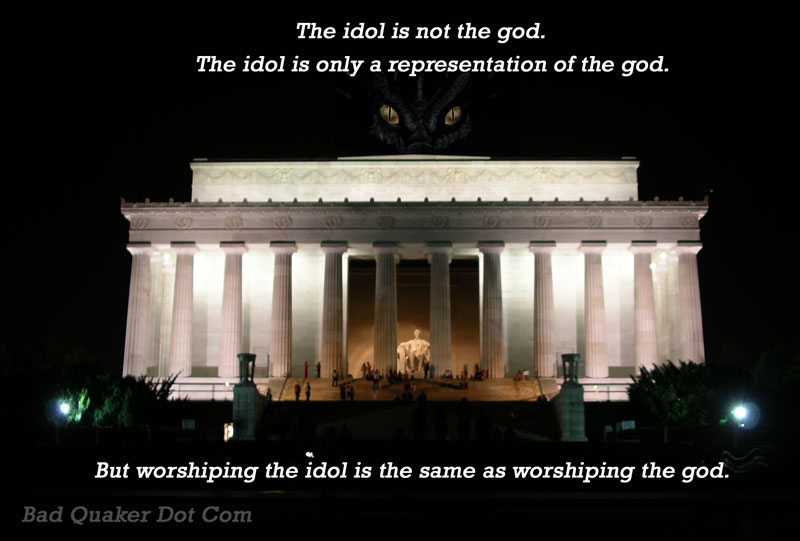 4 Responses to What is The Constitution of The United States of America?