A Letter From Ben; I’m Alive!

A Letter From Ben; I’m Alive!

Hey Everyone!
Ben here, I thought I would give you folks an update.
First, let me thank the admins, mods, friends, and family, who posted here, on reddit, and on facebook, to keep the updates flowing while I was down. Also I want to thank everyone for the out-pouring of support we have received. You guys rock!
So here’s what happened:
As far as we can tell, it appears I contracted a virus, likely during October of 2013. It appears this virus damaged my heart muscle and one of my heart valves. As a result, my body began retaining fluid in my chest cavity, my lungs, and my abdomen. I mistranslated this fluid retention as a mere chest cold. As it worsened in December, I thought I had pneumonia. By January my feet and hands began to swell, and yet I put off going to the doctor. In spite of the advice and insistence of people like my beloved wife and my good friend Michael Dean, I continued to avoid the doctor until the morning of Friday January 31st. On that morning, my wife took me to an urgent care facility outside Mobile Alabama. They took one look at me and called for an ambulance. I was moments from cardiac arrest, and literally looking into the eyes of eternity and whatever it holds. Due to the quick actions of the urgent care unit, the ambulance crew, and the Providence Hospital Emergency Room, I am alive to type this letter.
As soon as I was stabilized, I was admitted to the Providence Hospital and began treatment and testing. From that Friday until Sunday I lost over 8 pounds of fluid from my chest, lungs, and abdomen. On Monday a scope was sent from my groin to my heart, and the doctors took a good look at my innards.

The Prognosis:
I am currently on a regime of drugs meant to keep fluid from building back up while improving my heart condition. With medical treatment and exercise, we hope to repair at least some of the damage that was caused by the virus. In three months the doctors will re-examine me and determine if we have been successful or if major heart surgery is going to be required.

At The Moment:
Since they got that 8 pounds of fluid out of me, I feel great! I actually went to the grocery store with my wife today and walked around. I haven’t been able to do anything close to that in months.

Money:
I expect this mess will cost a bundle. Currently folks have given Bitcoin and Paypal donations and I can’t express enough, how grateful I am. At present, we have no idea how much the insurance will cover and how much we will be stuck with. As soon as we know something we will make a post explaining the money situation. Again, thanks for the outpouring of support!

What’s Next:
I have been instructed to take it easy. However I am working on notes and trying to get caught up. For the last couple months, I couldn’t sit at my desk for more than a few minutes. So now that I can sit at my desk, I can begin making podcast notes and maybe even some podcasts.

Thanks again for all the support!
Ben Stone 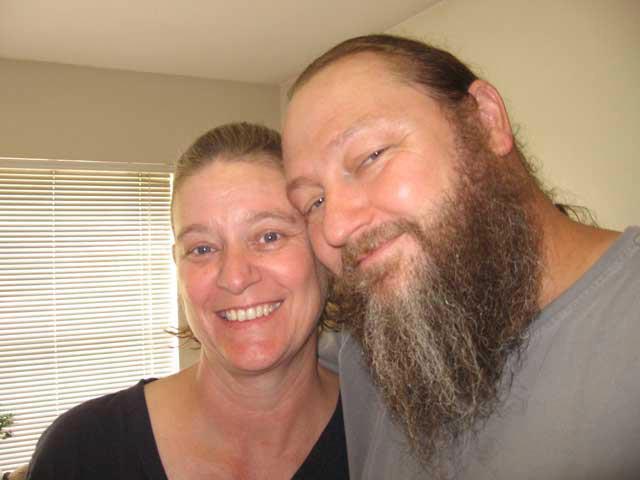 17 Responses to A Letter From Ben; I’m Alive!