Thirty three years ago today, I slipped a ring on my new bride’s finger and together we began a journey down a road that no one else has ever walked and no one will ever walk again. It’s a road we have made for ourselves each moment as we have gone from wide-eyed children crazy with love, to proud grandparents who now find that same crazy love has been growing deeper and deeper every year, every month, and every moment we spend together.
When we began this trek we did so against the advice and against the wishes of almost everyone we knew. Friends our own age thought marriage was unnecessary or even a left-over from a dead age. After all, it was 1980! We didn’t need old empty traditions! We were entering a new age where love should be unrestricted!

Neither my family nor Cindy’s family approved of our union. My family acted as though they were above Cindy’s family. Like I was somehow dragging my family down some social ladder by linking “these people” with the Stone name. Sometimes it’s easy to forget our roots. Sometimes it’s easy to forget the bootleggers, credit card thieves, drunks, draft-dodgers, and religious fanatics, that make up our crazy Appalachian family. And Cindy’s family certainly wasn’t thrilled to be linked to a bunch of snobs that wouldn’t give them the time of day if they passed each other in the park. Add to this, the fact that my name was closely associated with some of the “worst criminals” in the Mojave Desert. Cindy’s family knew I couldn’t drive across town without drawing a police escort, following me purely for harassment purposes. Knowing what I did for a living, Cindy’s family was well aware of the risk of me going to prison and abandoning Cindy. Anyone with a clear head could see this was a marriage doomed to fail.

Fortunately neither Cindy nor I had a clear head. We had minds fogged with love, friendship, and devotion. In addition to those powerful emotions, Cindy and I are two of the most stubborn people I know of, and we had decided that whether we succeeded or failed in the eyes of others, we would finish this journey together.

The day of our wedding was a blur of faces, tears, camera flashes, cake, and uncomfortable clothing. Half way through the day, the whole wedding party got pulled over by the police. STOP! Read that again! THE WHOLE WEDDING PARTY got pulled over by the police! Almost the entire California City Police Department was waiting, and as the convoy of vehicles traversed the town from the church to the reception, they descended upon us. The cops were severely outnumbered, and that small desert town almost saw its first true riot. I saw that the situation was about to turn deadly, so in desperation I leapt up onto the trunk of my car and demanded everyone’s attention, including the cops. I pointed out that no one was being harassed any further that day, and that we were continuing to the reception. I directly asked the senior cop if they were going to try to stop us. He wisely backed down and the cops returned to their cars. The convoy restarted and the reception was a success. Cindy and I spent that night in a small motel room in Tehachapi California, a few yards from the most active railway in the state at the time. Funny thing, the constant trains passing our room never seemed to bother us in the least.

Now our three children are grown. Our little grandson has mastered the art of toddling and will be driving his mommy and daddy crazy for the next twenty years. Cindy and I have learned what’s important in life and are actively removing as many unimportant things as possible. The road keeps going on, twisting and winding, taking us to new places and new adventures. Just this morning Cindy commented on how she looks forward to the next thirty three years. I complained that she was making me do math. Then I realized, I am fifty two years old. It is perfectly plausible that Cindy and I  may very well have another thirty three years or more to go to find out what’s at the end of this road. And I can’t think of anything I would rather do than ramble on down this road with Cindy at my side, listening to the train whistle that seems to still echo through time. 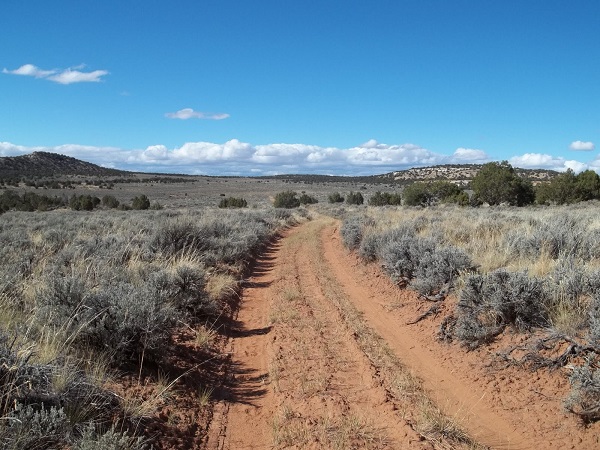 This entry was posted in Brief Articles and Short Notes, History, The Campfire and tagged Happy Anniversary My Love. Bookmark the permalink.