Effects of Fascism and Racism in Africa

Please Note: The Staff of Bad Quaker Dot Com are still in disarray as we assist the KI Vick household in moving to their new place. But for your reading pleasure we present this brief article from Ki.

Effects of Fascism and Racism in Africa

An argument against anarchy that I am presented with nearly as often as the “roads” argument is the case of sub-Saharan Africa. There, we are told, people are starving, disease runs rampant, and only through State-sponsored intervention will these people be saved. Indeed, if you suggest that the governments of the world not interfere with Africa, you are looked at as some kind of heartless, soulless monster. Since most people think of anarchists as soulless atheists bent on destroying society anyway, this myth fits right in. And yet, even as governments all over the “civilized” world give millions of dollars in aid to Africa, the situation seems to be getting more and more dire. How can this be? I make the rather bold claim that government aid is in fact what is causing starvation in Africa, and the effects of fascism and racism are vividly displayed in effects of “do-gooder” politics that runs rampant through that continent.

Where do we begin? The easy place to point out government interference is in the politics of that continent itself. Over many decades, outside governments have meddled in ancient rulers and tribal lands. However, I am not going to get into that today, as it has been written of extensively, and I feel that is low-hanging fruit. I am going to talk about the politics of charity in Africa.

As Westerners, as a “civilized” culture, we look down on indigenous practices such as hunting and gathering. We swoop down, full of pomp and self-righteousness, to “save the heathens” from their “poor” diets of bugs, roots, and meat. A civilized society, you see, eats grains. So we plant these unsustainable crops, and we teach the filthy heathens to stop eating bugs, and begin relying on grains.

“At the conference, Dunkel talked about her frustration working in West Africa, where for decades European and American entomologists, through programs like U.S.A.I.D. and British Locust Control, have killed grasshoppers and locusts, which are complete proteins, in order to preserve the incomplete proteins in millet, wheat, barley, sorghum, and maize. Her field work in Mali focusses on the role of grasshoppers in the diets of children, who, for cultural reasons, do not eat chicken or eggs. Grasshoppers contain essential amino acids and serve as a crucial buffer against kwashiorkor, a protein deficiency that impedes physical and neurological development. In the village where Dunkel works, kwashiorkor is on the rise; in recent years, nearby fields have been planted with cotton, and pesticide use has intensified. Mothers now warn their children not to collect the grasshoppers, which they rightly fear may be contaminated.”

Here we have a prime example of racism. And yet, digging further, we have a prime example of fascism as well. You see, grasshoppers are sustainable, which is to say, they don’t require the consumer to purchase them from a large, State backed corporation. They also don’t require the use of harsh pesticides, herbicides, or fungicides, all of which are produced, subsidized and pushed by various State backed corporations.

So we have a situation where, left to their traditional ways, a society is self sufficient, independent, and healthy. Clearly we can’t have that! So in comes government aid, backed by political pressure from seed corporations dying to get their hands on such a prime market. Lo and behold, the switch to an agrarian culture leads to sickness, starvation, and death. Well, clearly these cultures can’t manage themselves! Look at them, they’re starving! Let’s send in MORE government aid, backed by fascist corporations that make massive amounts of money by supplying these grains to the “charities.” So, in comes more aid, which causes more harm, which causes more aid… a never-ending cycle of State-sponsored degradation.

And could a free-market do better? We are asked that so often. The question of “but at least they’re doing something! Imagine if there were no governments at all!” Yes, imagine that. I’ll give the standard anarchist answer, “A free market couldn’t possibly make things worse than the State does.” 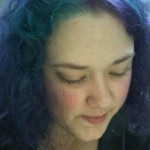