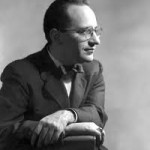 excerpt from pages 286-290,
For a New Liberty by Murray Rothbard
(audio article below)

The most remarkable historical example of a society of libertarian law and courts, however, has been neglected by historians until very recently. And this was also a society where not only the courts and the law were largely libertarian, but where they operated within a purely state-less and libertarian society. This was ancient Ireland—an Ireland which persisted
in this libertarian path for roughly a thousand years until its
brutal conquest by England in the seventeenth century. And,
in contrast to many similarly functioning primitive tribes
(such as the Ibos in West Africa, and many European tribes),
preconquest Ireland was not in any sense a “primitive” society:
it was a highly complex society that was, for centuries, the
most advanced, most scholarly, and most civilized in all of
Western Europe.

For a thousand years, then, ancient Celtic Ireland had no
State or anything like it. As the leading authority on ancient
Irish law has written: “There was no legislature, no bailiffs, no
police, no public enforcement of justice. . . . There was no trace
of State-administered justice.”

How then was justice secured? The basic political unit of
ancient Ireland was the tuath. All “freemen” who owned land,
all professionals, and all craftsmen, were entitled to become
members of a tuath. Each tuath’s members formed an annual
assembly which decided all common policies, declared war or
peace on other tuatha, and elected or deposed their “kings.”
An important point is that, in contrast to primitive tribes, no
one was stuck or bound to a given tuath, either because of kinship
or of geographical location. Individual members were
free to, and often did, secede from a tuath and join a competing
tuath. Often, two or more tuatha decided to merge into a
single, more efficient unit. As Professor Peden states, “the
tuath is thus a body of persons voluntarily united for socially
beneficial purposes and the sum total of the landed properties
of its members constituted its territorial dimension.” In
short, they did not have the modern State with its claim to
sovereignty over a given (usually expanding) territorial area,
divorced from the landed property rights of its subjects; on the
contrary, tuatha were voluntary associations which only comprised
the landed properties of its voluntary members. Historically,
about 80 to 100 tuatha coexisted at any time throughout
Ireland.

But what of the elected “king”? Did he constitute a form of
State ruler? Chiefly, the king functioned as a religious high
priest, presiding over the worship rites of the tuath, which
functioned as a voluntary religious, as well as a social and
political, organization. As in pagan, pre-Christian, priesthoods,
the kingly function was hereditary, this practice carrying
over to Christian times. The king was elected by the tuath
from within a royal kin-group (the derbfine), which carried the
hereditary priestly function. Politically, however, the king had
strictly limited functions: he was the military leader of the
tuath, and he presided over the tuath assemblies. But he could
only conduct war or peace negotiations as agent of the assemblies;
and he was in no sense sovereign and had no rights of
administering justice over tuath members. He could not legislate,
and when he himself was party to a lawsuit, he had to
submit his case to an independent judicial arbiter.

Again, how, then, was law developed and justice maintained?
In the first place, the law itself was based on a body of
ancient and immemorial custom, passed down as oral and
then written tradition through a class of professional jurists
called the brehons. The brehons were in no sense public, or
governmental, officials; they were simply selected by parties
to disputes on the basis of their reputations for wisdom,
knowledge of the customary law, and the integrity of their
decisions. As Professor Peden states:

the professional jurists were consulted by parties to disputes
for advice as to what the law was in particular cases, and
these same men often acted as arbitrators between suitors.
They remained at all times private persons, not public officials;
their functioning depended upon their knowledge of
the law and the integrity of their judicial reputations.

Furthermore, the brehons had no connection whatsoever
with the individual tuatha or with their kings. They were completely
private, national in scope, and were used by disputants
throughout Ireland. Moreover, and this is a vital
point, in contrast to the system of private Roman lawyers, the
brehon was all there was; there were no other judges, no “public”
judges of any kind, in ancient Ireland.

It was the brehons who were schooled in the law, and who
added glosses and applications to the law to fit changing conditions.
Furthermore, there was no monopoly, in any sense, of
the brehon jurists; instead, several competing schools of
jurisprudence existed and competed for the custom of the
Irish people.

How were the decisions of the brehons enforced? Through
an elaborate, voluntarily developed system of “insurance,” or
sureties. Men were linked together by a variety of surety relationships
by which they guaranteed one another for the righting
of wrongs, and for the enforcement of justice and the decisions
of the brehons. In short, the brehons themselves were
not involved in the enforcement of decisions, which rested
again with private individuals linked through sureties. There
were various types of surety. For example, the surety would
guarantee with his own property the payment of a debt, and
then join the plaintiff in enforcing a debt judgment if the
debtor refused to pay. In that case, the debtor would have to
pay double damages: one to the original creditor, and another
as compensation to his surety. And this system applied to all
offences, aggressions and assaults as well as commercial contracts;
in short, it applied to all cases of what we would call
“civil” and “criminal” law. All criminals were considered to be
“debtors” who owed restitution and compensation to their
victims, who thus became their “creditors.” The victim would
gather his sureties around him and proceed to apprehend the
criminal or to proclaim his suit publicly and demand that the
defendant submit to adjudication of their dispute with the
brehons. The criminal might then send his own sureties to
negotiate a settlement or agree to submit the dispute to the
brehons. If he did not do so, he was considered an “outlaw”
by the entire community; he could no longer enforce any
claim of his own in the courts, and he was treated to the
opprobrium of the entire community.

There were occasional “wars,” to be sure, in the thousand
years of Celtic Ireland, but they were minor brawls, negligible
compared to the devastating wars that racked the rest of
Europe. As Professor Peden points out,

without the coercive apparatus of the State which can
through taxation and conscription mobilize large amounts
of arms and manpower, the Irish were unable to sustain any
large scale military force in the field for any length of time.
Irish wars . . . were pitiful brawls and cattle raids by European
standards.

Thus, we have indicated that it is perfectly possible, in theory
and historically, to have efficient and courteous police,
competent and learned judges, and a body of systematic and
socially accepted law—and none of these things being furnished
by a coercive government. Government—claiming a
compulsory monopoly of protection over a geographical area,
and extracting its revenues by force—can be separated from
the entire field of protection. Government is no more necessary
for providing vital protection service than it is necessary
for providing anything else. And we have not stressed a crucial
fact about government: that its compulsory monopoly
over the weapons of coercion has led it, over the centuries, to
infinitely more butcheries and infinitely greater tyranny and
oppression than any decentralized, private agencies could
possibly have done. If we look at the black record of mass
murder, exploitation, and tyranny levied on society by governments
over the ages, we need not be loath to abandon the
Leviathan State and . . . try freedom.