A Little People, A Silly People, Greedy, Barbarous, And Insignificant 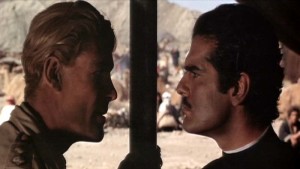 A recent headline at Lew Rockwell dot com announced; “The Non-Stop Drive for Secession” with the sub-heading, “Catalonians lead their country to total independence.”
“Total independence?” Really? How silly are these people? How desperate to believe, how desperate to grasp at any straw, how willfully blind are they and how blind and stupid do they think we are?
The article is a re-print from Russia Today, the American mouthpiece of Russian propaganda. That’s not to say that Russia Today doesn’t occasionally stumble over the truth. It does occasionally print the truth, as does the BBC, Fox News, CNN, and NBC. You just have to keep in mind that literally every piece of “news” spewed from these sources is coming directly from the mouth of the State. (Or perhaps some other orifice of the State.)
As obvious as the above statement should be, the first paragraph of the article should stop Ancap readers dead in their tracts. It reads; “Catalonia is preparing its own tax system, and creating a network of foreign missions as it prepares for a snap regional vote on independence.”
Someone please explain to me why Rockwellian/Paulian Ancaps get all giddy at the idea of slaves voting in a new master. Please explain how a local boot on my throat is preferable to a long-distance boot on my throat. Please explain to me why self-described Ancaps think that when bandits in Washington DC rob you it’s a bad thing, but when a local government sends pigs to kick in your door, drag you into your yard, hold automatic weapons to the head of your child, and ransack your home, it’s somehow acceptable.

Yes, that is a straw man argument. Rockwellians don’t actually think local thugs are good. They just choose to leave that part of the argument out when singing the praises of secession. My friends, that’s why I’m here. To shine the light exactly where others don’t want to look. In this case it’s on small local government.

Think about this fact; who is more likely to drag you out of your car and beat you because you don’t have the right attitude? Who is more likely to transpose an address on a warrant and kick in your door rather than your neighbor down the street? Who’s most likely to kill your small business because you didn’t grease the right palm. Who will send a building inspector to poke his nose in your life and force you to use an acceptable electrician, a union plumber, and an authorized roofer who employs workers with their proper papers? To whom do you pay the never ending property taxes that prove you don’t actually own the land you live on? Who issues you a permission slip to drive your car? Who issues the permission slip that allows you to arm yourself, and who decides what tool you may or may not carry for your own protection? Anyone who has ever had a negative one-on-one engagement with a local cop, anyone who has tried to start a small business, anyone who has ever attempted to improve the structure of their home, and anyone who has ever looked at their property tax bill should understand that the first line of oppression is and always has been local government.

Sure, the US federal government is a hideous demonic beast. No doubt about it. Sure the US federal government employs professional killers and rains death upon the innocent of the world. That’s not news. We all know that. I’ll go so far as to say that if your skin contains too much melanin and you live in a land that has a weak central government, and there happens to be oil under the land you live on, or poppies tend to grow well in your climate, then you need to fear the DC Beast and its brainless goons who enforce its will. But for the average American living in North America, working a job, commuting on American highways, living in an average ranch style house with a dog in a fenced yard and 1.6 children attending school; your local government is a far greater threat to your life and liberty than the 535 members of congress, the 9 members of the US Supreme Court, and the President and Vice President in Washington DC. And secession will not remove the boot from your throat! The reason secession won’t remove the boot from your throat is because the foot in that boot is attached to a pig that lives in your town! That’s right, almost all government is enforced locally!

The time has come for Ancaps to face the facts. Government is not the problem. The problem is your neighbor who believes in the religion of Statism. And it doesn’t end with that neighbor, it extends across your town, across your county or parish, and engulfs the state or province you inhabit. The problem is that so many people have such unwavering faith in the State. So long as that faith is central to the belief system of so many people, it won’t matter how many secession movements crop up.
Remember this central fact; all governments started as small local bands of thieves. Secession won’t change the nature of government. If your computer gets bogged down with programs, restarting it may clear out the cob webs, but it’s still a computer when it restarts. Restarting a computer doesn’t transform it into a sandwich. It will be the same thing it was before the restart. The same goes for government. A secession or even a revolution simply restarts the same Beast. It doesn’t change the Beast into another creature. Making a Governor into a President doesn’t change the nature of the thug. Making a Mayor into a virtual local dictator is not the path to freedom.

Believing secession is the path to freedom is literally a non sequitur. One simply does not lead to the other. It never has. There is no mechanism connecting the two. Secession is the simple exchange of a far-away master enforced locally, to a local master who can look you in the eye as his pigs rob you. The boot has the same laces and contains the same foot. The 9mm dum-dum and the dummy who fires it on command will be exactly the same no matter if their marching orders are issued from a federal building in Washington DC or if they are issued from your local City Hall. Ancaps who believe secession will lead to freedom have either failed to think through the implications, or are quietly hiding their true faith in a violent uprising and expect a small local government to be easier to overthrow than a large one. But this is not a fight that can be won with revolution. Governments exist because people want governments to exist. The battle is in the hearts and minds of those who are creating a market for government. Prohibitions of any kind always fail. Overthrowing and prohibiting a small government can never work so long as there is a market for government.

Secession is accomplished using one of, or a combination of, two activities. Either by petitioning a government for permission to secede, or through armed conflict. Armed conflict for the purpose of secession usually turns into revolution and no revolution has never produced a free people. Revolution is a violent bloody process that, if successful, exchanges the old tyrant for a new one. Petitioning the government, whether by voting or any other process, is the act of using government to archive your desires. Ancaps should realize that any use of government is immoral, and attempting to use government to defeat government is just down right silly. In addition to which, again, it has never produced a free people. Secession is much like alchemy. It seems to make sense, requires lots of faith, and will never produce what it advertises.

When I view the landscape of Ancapistan with all of its infighting, inconsistencies, and hero worship, I am reminded of the words of T.E. Lawrence in the classic movie Lawrence of Arabia. To paraphrase, I would say; “Sherif Ali, so long as the Ancaps trust in secession, so long will they be a little people, a silly people, greedy, barbarous, and insignificant, as you are.”

If you ever want to see what non-libertarians and non-ancaps think when they hear the typical “end the Fed” and “secession is the road to freedom” crap, have a look at the TV show Better Call Saul, episode Alpine Shepard Boy. Take special note of the crazy rich guy who prints his own money. When you talk about secession, that’s how the unwashed masses see you.

4 Responses to A Silly People, Insignificant