Bitcoin and the Language of Currency

Bitcoin and the Language of Currency
by Ki Vick 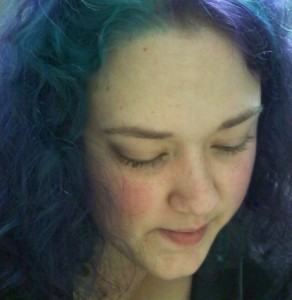 That’s where the language of currency comes in. Currently, in the US, we speak the language of Federal Reserve Notes. That’s what language our currency is in. So when we look at using Bitcoin, or precious metals, or shiny beads, or whatever language you want to use for currency, we have to look at the idea that as a whole, as a society, we have to learn a brand new language.

So how do people learn language? Well, there are a couple of ways. Children, babies, people learning a brand new language with nothing else to go on have an advantage. They don’t know a language. And our brains are sort of fickle about language. We really only like to know one. In fact, it takes dedicated, patient effort to be able to be fluent in more than one language.  And so when adults, who have already learned a language, begin to learn a new one, they use translation. They take a new word in a new language and they teach their brain to associate it with a word that they already know. For example, as an English speaker, if I wanted to learn French, I would begin by learning words in French that I can translate for my brain into English. I would begin to learn that bonjour means hello, and so on. I have to begin by putting it in a perspective my brain can already understand. Eventually, over time, I can begin to understand that language without having to translate it, but it takes time

Translation to a language you already know is a vital part of learning a new language. It is in fact, the first step. I don’t know any language teacher that would ridicule a person for learning a new language by translation. “Oh that’s no good, you’re only learning what the French words mean in English, that’s not learning French!” This is a ridiculous statement that doesn’t even need explaining. However, you find that exact sentiment used so often when people are learning a new language in currency. “Oh Bitcoin, that’s useless, people only base it’s value off the FRN, it’s not a real currency.” It’s the same idea, only one would be met with the rolling of the eyes and incredulity, and the other is viewed as a valid point. But it is not a valid point.

People all over the globe are beginning to learn a new language of currency. And at first, they will use translation to understand what that language means. They only know the language of currency as FRN. And so, when learning a new currency, it is helpful to say “well, x amount of Bitcoin equals y amount of FRN.” This helps people because we are all so fluent in FRNs that we know that 5 FRNs is equal to a hamburger, or whatever. But we don’t know how many Bitcoin equal a hamburger. Or how many hamburgers equal a bitcoin. And instead of going through and learning every single product’s new value, we use translation. It’s cheating, sure, but it’s a vital first step in learning a new language. So please, be patient as we all learn a new language. We’re going to mess up. We’re going to conjugate our verbs incorrectly, or in the case of the language of currency, we’re going to quote prices in BTC wrong. But as with every new language student, the joy is not in the failures, it’s in the beautiful new way the world opens up to those with a diverse grasp on the many languages that humans speak and use. We are literally creating a new language and trying to teach it to the world, before we’re even fluent in it ourselves. And if it fails, if no one wants to learn it, or if it is not sufficiently thought out and is impractical, it can still teach us so so much about the language of currency, and what it takes to structure a new currency. And that is more than enough reason to use it, be inspired by it, and encourage it.

This entry was posted in Brief Articles and Short Notes, Economics, Free Society and tagged bitcoin. Bookmark the permalink.

2 Responses to Bitcoin and the Language of Currency