The Road to Hell Is Paved… With Fear

The Road to Hell Is Paved… With Fear

One of the cool things about the Bible is that it contains some very interesting passages that no one seems to read. 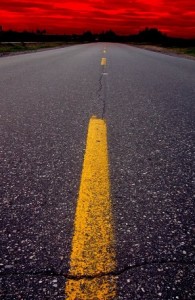 Understand, please, that I’m neither promoting a literal interpretation of the Bible nor giving you a sermon. I’m just pointing out a fascinating fact that most everyone seems to have missed, religious folks included.

In this case, I’m referring to a passage that comes at the very end of the book, where a list is given, itemizing the kinds of people who will be condemned to “the second death.”

Who would you expect to stand at the top of the list? Murders? Idolators? Maybe adulterers?

Nope, none of those. The first people heading off to destruction are “the fearful.”

But the fearful, and unbelieving, and the abominable, and murderers, and whoremongers, and sorcerers, and idolaters, and all liars, shall have their part in the lake which burneth with fire and brimstone: which is the second death.

Not what you expected?

You can look it up if you like. That’s from Revelation 21:8 (King James Version). And I even checked the original Greek: fearful is the right translation.

Fear as a Tool of Damnation

I’m not going to get into theological engineering here, but yes, this would mean that the promoters of fear are sending people to hell.

And, considering that we live in a fear-based culture, that’s an interesting thought indeed.

Now, if you want to be truly bold, think about this: Who is it that currently promotes fear?

We know the answer, of course. The people who live on fear are the majesties of the age: politicians being chief among them but followed by the entire ‘law enforcement‘ complex, military and intelligence organizations, television news-readers, religious bosses, newspaper operators, and, increasingly, anyone who wants something and has access to the public stage.

If the Bible is correct, people who profit from fear are profiting from the destruction (nay, the damnation!) of their fellow men and women.

The conclusion that fear is the enemy of mankind doesn’t require religion, of course. We can reach the same conclusion just by recognizing that fear (and especially the chemicals associated with fear) damage our health.