Dear readers of BQDC and listeners of BQDC Podcast,
Once again this morning I find myself overwhelmed by the flu that my wife and I have been fighting for a couple weeks now. Hopefully I will return to podcasting in a day or two but as of this morning I am not able to record and can’t focus my mind on anything for more than about 5 minutes.
Therefore this morning we will resurrect a Bad Quaker tradition. We are pirating an article and reprinting here in its entirety without permission. For the original article click HERE.
Thank you,
Ben Stone

Hollywood, the big recording companies, and the rest of the old entertainment industry have strongly supported the Stop Online Piracy Act and its companion, the Protect IP Act. These bills, sponsored by big-government Democrats like Chuck Schumer, pose unprecedented threats to online liberty. If there is one free frontier remaining in modern life, it is the Internet. In the name of cracking down on online piracy, SOPA was written to empower the government and its favored corporations to shut down web sites that enable content sharing—copying media files, in particular.

The Internet has allowed bootlegging writ large to overtake the world. Any movie can be found and downloaded in minutes. Any song or television show can be yours in seconds. The practical limitations on copying that were posed by the late 20th century era of cassette tapes and Xerox machines are a thing of the past. Data has approached being free.

In my opinion, this is as it should be. I don’t believe intellectual property is legitimate. Whereas private property rights in tangible goods  are one of the core foundations of civilization, and private property owners have a right to rigorously protect their property from trespass and enlist others to help in its protection, I do not believe the same is true for institutions such as copyright and patents.

I know others of the free market tradition who disagree with me, and I respect some of their arguments. But I can’t get over the difference between copying information and stealing a tangible, scarce good. If you take my car, I no longer have a car. If you copy this blog post and publish it on a forum, or if I write a song and you play it at a show or even distribute recordings of my performance, there might be a certain improprieties in play—even ethical violations—but in the end I still have my blog post. I still have my song. Property rights are about protecting people’s scarce resources. Intellectual property enforcement creates scarcity where it need not be. In that context, IP enforcement seems like a type of censorship, a hampering of actual property rights, a limitation placed on people regarding what they can do on their own property with their own bodies. If I invite you into my home and reenact a bit from the Music Man in exchange for $20, how does this violate anyone else’s rights? How does the calculus change if I invite in 500 people and happen to have a stage and fellow actors to accompany me?

There are utilitarian arguments for intellectual property—that it encourages innovation by ensuring creators are compensated for their creations. I don’t much care for utilitarian arguments pit up against moral ones. I find the moral case against intellectual property to trump the practical case for it. But I also find the practical case to be weak. The strongest arguments are always said to concern the pharmaceutical industry. Boldrin and Levine have shown that much of what is assumed about progress in medicine is a myth. Just one fascinating tidbit:

In Italy, pharmaceutical patents were prohibited until 1978, when the Supreme Court ruled in favor of eighteen pharmaceutical companies, all foreign, requesting the enforcement of foreign patents on medical products in Italy. Despite this complete lack of any patent protection, Italy had developed a strong pharmaceutical industry: by the end of the 1970s it was the fifth world producer of pharmaceuticals and the seventh exporter.

As for art and entertainment, look around us. We live in a world of ubiquitous piracy. Practically any song can be found on youtube. Any movie can be downloaded. Any book can be scanned and copied. The industries don’t care for this, but artists, actors, musicians, and other creators have hardly ceased producing. Most of them do not create for money, and those who do find ways to be renumurated outside of the IP matrix. Besides, IP rarely benefits these people as much as it props up the old industrial institutions in which they find themselves trapped. Musicians in particular will often spend most of their careers making pennies on each dollar that go to their record companies, which they must then plead or pay for the privilege of playing the songs they wrote in public. Something is amiss.

To enforce IP, we see the same kind of disproportional nonsense that exists in the drug war. Mothers fined millions of dollars for downloading songs. Civil liabilities that would put the average American on the hook for billions of dollars if you added up everything he did in his life that constituted “piracy.” College kids having their lives turned upside down over the 21st century equivalent of handing VHS copies to their friends of their favorites TV shows. And yet such measures, along with the new proposed draconian stuff in SOPA, will never stop piracy, or even curb it significantly. This has to tell us something. Libertarians have often argued that crimes like murder, rape, and theft do not require the same kind of disproportionate punishment to “make an example” of someone, nor do they necessitate the same violations of privacy and personal liberties to enforce, as do victimless crime laws against drugs, gambling, prostitution, and the like. The same appears to be true of stopping “piracy.” This alone implies that file sharing has more in common with victimless vices that crimes against person and property.

Now, personally, I don’t mind paying businesses for content. Even though I think no one should be jailed for downloading media, I like to give money to artists and intermediaries who bring me art and entertainment. The trouble is, in a time when it’s easy to find things illegally, the legal market, often in bed with government, has made it difficult to get stuff we want for a reasonable price—or at any price. Chris Rawson writes:

Here’s how you reduce piracy: Make it easier for people who want to access and pay for your content. That means no more arbitrary restrictions on what devices we can view it on. That means making the same content available to everyone, worldwide, simultaneously or as close to it as feasible, and at a fair price that consumers won’t balk at.

No more geo-restrictions on online content—this is the Worldwide Web. No more distribution delays to overseas territories. No more region coding on DVDs and Blu-rays. No more DRM on electronically-distributed media. And for God’s sake, no more forcing me to sit through two minutes of anti-piracy propaganda every single time I insert a DVD. In short, stop punishing the people who want to pay for your “intellectual property.”

I will divulge that I am a paid subscriber to Netflix, Hulu, and Amazon Prime. I have had difficulties finding lots of my favorite old content. Hulu has nearly every Saturday Night Live episode online—except for some of my favorite sketches. People who try to put them online are made to take them down. What gives?

Many websites today—Google, Wikipedia, Reddit, and prominent others—are protesting SOPA. The typical line is that we should fight piracy without stamping out internet liberty. Perhaps the very notion of stopping piracy through the law—using the force of government to enforce intellectual property—is worth rethinking.

One day, decades from now, I may very well be a libertarian in his golden years assuring younger lovers of freedom that, yes, there was a time when the Internet was basically free, when anyone could set up a website, anyone could copy and distribute information. Future statists will talk about how the Internet was like the Old West, a setting of chaos that had to be reined in by the government for our own good. Just imagine the tales of how once upon a time, before the federal government cleaned it up, the Internet was characterized by obscenity everywhere, libelous journalism, scamming online sellers, massive identity theft, and free-wheeling piracy. If Internet liberty is ever crushed, intellectual property will have likely played a defining role.

Anthony Gregory is Research Editor at the Independent Institute and is currently writing a book on individual liberty and the writ of habeas corpus. 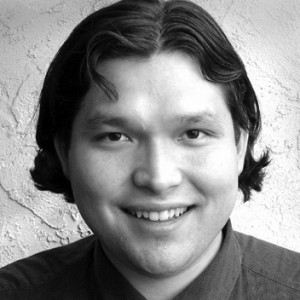