What Is the Point of My Libertarian Anarchism, by Robert Higgs

What Is the Point of My Libertarian Anarchism?
by Robert Higgs

In college in the 1960s I was not a political person. Although I took a keen interest in politics, especially in the war that was raging in Vietnam, I concentrated on my studies, earning a living, and chasing women. After I began work as a professor, in 1968, I gravitated quickly from my collegiate New Leftism toward classical liberalism. As I learned more about Austrian economics, political economy, public choice, and history, I became increasingly libertarian (minarchist variety). My views continued to evolve, however, and by the time the 21st century arrived, if not sooner, I had finally reached my destination as a libertarian anarchist.

Although I make no apology whatever for this ideological identity, I do not share the seeming expectation of some of my fellow libertarian anarchists that a revolution is now, or soon will be, occurring in the direction of my preferred political ideals. Indeed, my expectation is, if anything, the reverse: it seems to me much more likely that the USA will continue to drift and lurch toward totalitarianism, though this system will surely have a unique red, white, and blue coloration to suit the American people’s history, culture, and tastes. I do not expect a dictator with a funny little mustache and a horde of brown-shirted thugs to take power after smashing heads in the streets. I expect instead an elected dictator who looks like George W. Bush or Barack Obama and a horde of police dressed in riot-suppression gear to turn the trick, though most people will not need to have their heads smashed and will go along gladly.

If I comprehend the world in this way, what, some people wonder, am I doing by embracing libertarian anarchism? Well, I am obviously not taking this position in order to come out on the winning side. If that were my goal, I would already have found a way to make myself useful in the military-industrial-congressional complex. No, I have put myself where I am now somewhat as Martin Luther did when he announced: “Here I stand. I can do no other.”

In my case, this declaration means most of all that I am simply doing what seems to me the decent thing; that taking any other ideological position would entangle me in evils of which I want no part. Although I sincerely believe that a stateless world would be better than the present world in countless ways, such as better health, greater wealth, and enhanced material well-being, I am not a libertarian anarchist primarily on consequentialist grounds, but instead primarily because I believe it is wrong for anyone—including those designated the rulers and their functionaries—to engage in fraud, extortion, robbery, torture, and murder. I do not believe that I have a defensible right to engage in such acts; nor do I believe that I, or anyone else, may delegate to government officials a just right to do what it is wrong for me—or you or anyone—to do as a private person.

Still, one might ask, if I do not expect that my vision of a just world can ever be realized, why do I persist in evaluating the events of the nasty “real world” by the standards realizable only in my ideal world? The answer is that everyone must have an ideal; without one, there is no standard against which one may assess the imperfect actions and events of the actual world. Without a standard, one may only shrug his shoulders, like a character in an existentialist novel, in nonchalant indifference to the political wickedness raging on all sides. Just as a devout Christian seeks to live a Christ-like life, knowing full well that no one can live up to the standard set by Jesus, so I aim to live and to make my judgments of the events I hear about in the light of the nonaggression axiom. The initiation of violence or the threat of violence against innocent others is wrong, regardless of the noble ends that one might cite to justify such violence or threat. It is wrong for me, wrong for you, and wrong for the president of the USA and his flunkies.

Like the Christian who inevitably falls into sin, I may fall short of my ideal. I may act or speak inconsistently with it. Many public issues are complicated, and in regard to them I may fail to discern the best way to act in accordance with my ideological ideal. If you let me know about my inconsistency, I can attempt to set aside my pride, admit my error, and correct it. As new issues arise, the task of sorting out the best way to deal with the most pressing problems will present itself repeatedly. Perhaps, like St. Paul in his letters to the new churches of the ancient world, we can strive to instruct one another in the most defensible understanding and practice of libertarian anarchism. Merely shouting that the existing order is rotten, is on the verge of collapse and, once it has collapsed, will be replaced by libertarian anarchism, however, seems to me so hopelessly naïve that I am inclined to urge my ideological comrades who do such shouting to get a firmer grip on themselves. One needs to combine his moral uprightness with a solidly founded understanding of the social, political, and economic world and how it works. Otherwise, our statements and actions become hopelessly quixotic.

I do not expect to live to see a world that even approximates my ideal. In fact, I greatly fear that I shall instead live long enough to see the most obscene species of police state in the saddle in the USA—after all, there is now only a short distance to go to reach this horrible destination, and many Americans seem eager to get to it as soon as possible. Nevertheless, I am comfortable with my ideological convictions. To have embraced anything else would have been a great mistake for me. I took almost a lifetime to reach my current position; I did not come to it lightly or without extended study and thought. Of course, I may still be wrong in every regard; I am a human being, and as such I am certainly subject to running off the moral and intellectual rails. I do not propose to be paralyzed by this universal human susceptibility to error, however. Feeling the need to take a stand of some kind as a participant in the events of my time and place, I have put myself firmly where I now stand. By the light I have been given to see the right, I can do no other. 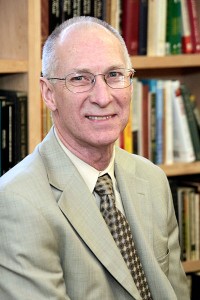